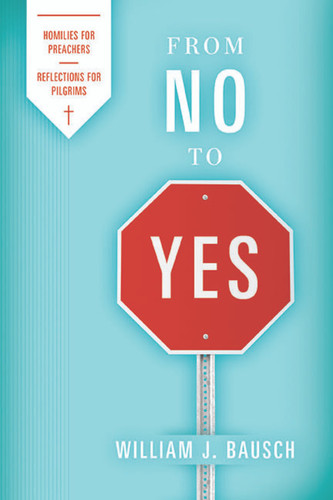 From No to Yes: Homilies for Preachers; Reflections for Pilgrims

subtitle:
Homilies for Preachers; Reflections for Pilgrims
paperback:
true
min:
$17
title:
From No to Yes
pricing:
$17 - $19

The title of this book of homilies, “No to Yes” reflects the age-old beckoning to conversion. The 72 homilies – all new – are drawn from everyday news ranging from the inspirational to the challenging, with a distinct bias in theme towards the conflict of culture and faith. Working with stories that grapple with questions about God, suffering, loneliness, and death can provide us with identity, meaning, and purpose. While many complain of poor preaching, this book will feed many. If you are looking for something to help you make your faith more meaningful or relevant, this volume is sure to satisfy the hungriest of hearts and minds.

How to Give a Home Run Homily A Hard-Hitting Guide for Preachers, Teachers and Soul-Reachers

Not Your Grandparents' Church On Recapturing Your Spiritual Heritage

A Pope Francis Lexicon Essays by Over 50 Noted Bishops, Theologians, and Journalists

The Cost of Compassion Five Women Who Paid the Ultimate Price