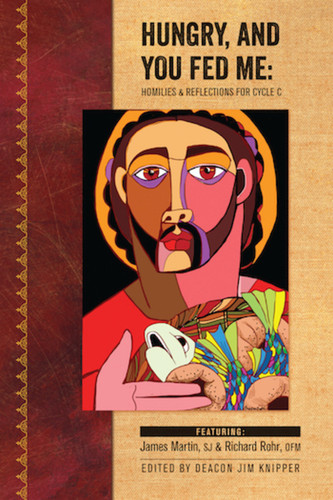 [Homilists for the Homeless] Hungry, and You Fed Me: Homilies & Reflections for Cycle C

Some of today’s finest preachers from across Christian denominations come together in this volume of short homilies and sermons for Cycle C of the Roman Lectionary. Hungry, And You Fed Me breaks open Sunday readings to provide spiritual sustenance with warmth and humor. 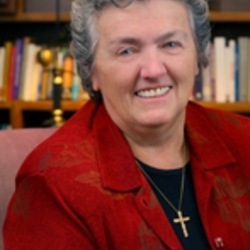 Joan Chittister, OSB, is one of the country’s key visionary voices and spiritual leaders. A Benedictine Sister of Erie, PA, Sister Joan is an international lecturer on behalf of peace, human rights, women’s issues, justice, and contemporary culture. She is an award-winning author of 40 books and writes a weekly web column, “From Where I Stand,” for the National Catholic Reporter.

Currently she serves as co-chair of the Global Peace Initiative of Women, a partner organization of the U.N., facilitating a worldwide network of women peace builders. She is also co-chair of the Network of Spiritual Progressives with Rabbi Michael Lerner and Cornel West.

Sister Joan appeared with the Dali Lama in 2007 at the First Emory (University) Summit of Religion, Conflict and Peacebuilding and at the conference, “Seeds of Compassion,” in 2008. In April 2005, her commentary from Rome on the month-long papal events was aired on CNN, the BBC and all national US media networks. On Easter Sunday 2006, she was a guest on “Meet the Press with Tim Russert” and in 2004, she was a guest on “NOW with Bill Moyers.”

For twelve years Sister Joan was a (founding) member of the International Committee for the Peace Council, an interfaith group of world leaders working for peace.

Her books include Welcome to the Wisdom of the World, a First Place Award winner from the Catholic Press Association, and The Gift of Years: Growing Older Gracefully, a consistent best seller since its release in 2008.

Joan has held positions of religious leadership among women in the Catholic Church for over 20 years, including serving as prioress of her Benedictine community. She holds a doctorate from Penn State University, was an elected-fellow of St. Edmund’s College, Cambridge University, and is the founder and director of Benetvision: a resource and research center for contemporary spirituality located in Erie. (www.benetvision.org) 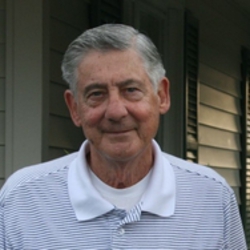 Homilists for the Homeless Thirsty, and You Gave Me Drink Homilies and Reflections for Cycle C

I Am Going Reflections on the Last Words of the Saints

I Loved Jesus in the Night Teresa of Calcutta, A Secret Revealed

I Want to See What the Story of Blind Bartimaeus Teaches Us about Fear, Surrender, and Walking the Path to Joy

How to Teach about Mercy For Catechists, Teachers, and Homilists