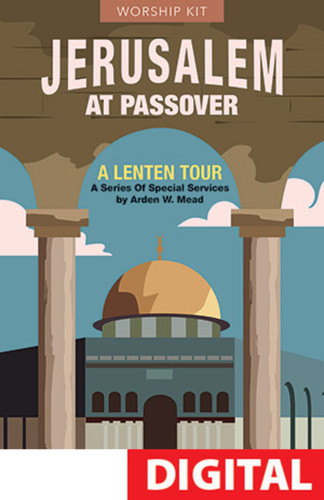 Suppose you had signed up with a travel agent for a guided tour of Jerusalem during the week of Passover in the year A.D. 30… what might you have seen and heard? Each week in this Lenten series, worshippers will be led by a typical tour guide on an imaginary visit to the Holy City. The tour guide will offer historical, cultural and religious commentary on the sights of the city, just as a person might have done 2,000 years ago the week Jesus was arrested, tried and crucified. The “stops” each week are:

The core of this ecumenical resource is the scripts for the dramas, which include multiple readers. Options are also provided for homilies, traditional hymns, prayers, and Scripture readings.

Around the Lenten Circle Small Group Guide for Lent 2023