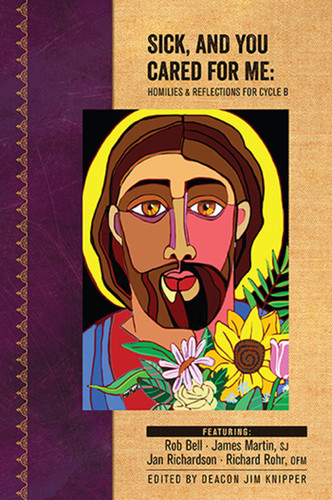 [Homilists for the Homeless] Sick, And You Cared For Me: Homilies and Reflections for Cycle B

subtitle:
Homilies and Reflections for Cycle B
paperback:
true
min:
$17.00
series:
Homilists for the Homeless
title:
Sick, And You Cared For Me

Some of today’s finest preachers from across Christian denominations come together in this volume of short homilies and sermons for Cycle B of the Roman Lectionary. Sick, And You Cared For Me breaks open Sunday readings to provide spiritual sustenance with warmth and humor.

Joan Chittister is one of the most articulate social analysts and influential religious leaders of our times. For 40 years she has put her energy into advocating for the critical questions impacting the global community. A best-selling author of more than 50 books, columnist and noted international lecturer, she has received numerous honors for her work on behalf of peace, human rights, women’s issues and church renewal.

Home Is A Holy Place Reflections, Prayers and Meditations Inspired by the Ordinary

How in the World Do We Make a Difference? Getting to the Heart and Soul of Love and Work

How God Hauled Me Kicking and Screaming Into the Catholic Church

How to be a Mindful Christian 40 Simple Spiritual Practices

Hospitality The Heart of Spiritual Direction