Feeling Sheepish? A Lenten Experience with the Flock 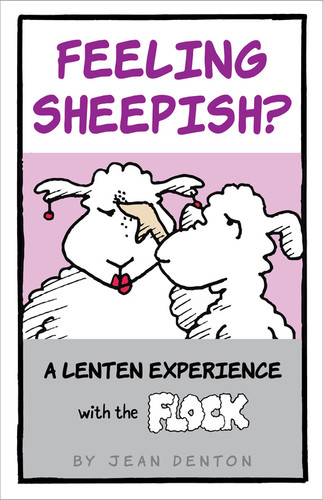 Feeling Sheepish? (Booklet): A Lenten Experience with the Flock

For all ages • Not dated •  Note that these are the same cartoons that appeared in previous editions.

Also available as a downloadable eResource for use with social media or in parish bulletins.

Experience this Lent through the antics and insights of the Flock. Who knew sheep could be so helpful with our faith? Jesus did! It’s no mistake that our Lord and Good Shepherd regularly referenced these smelly creatures. Embrace your inner sheepishness with these daily reflections as we approach the Cross and Resurrection this Lenten season!

Jean Denton's cartoons will draw people in and then guide them to a simple "sheepish question" each day.

Peek inside!
Written by Jean Denton

Prayerfully, We Prepare A Lenten Examination of Conscience

Were You There? A Lenten Stickerbook Journey To The Cross

Advent Waiting with the Flock Daily cartoons, Scripture, and Reflections in COLOR

Lent One Day at a Time for Catholic Teens

Fearless Conquer Your Demons and Love with Abandon

Fierce Goodbye Living in the Shadow of Suicide