Advent Waiting with the Flock Daily cartoons, Scripture, and Reflections 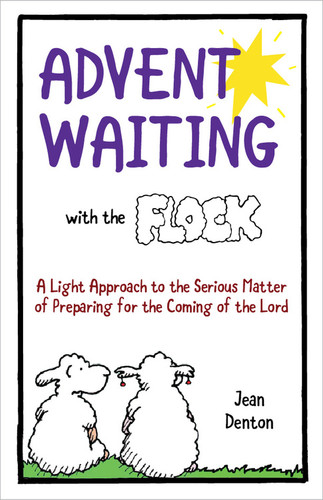 Undated Edition •  Note that these are the same cartoons that appeared in previous editions.

Also available as a downloadable eResource for use with social media or in parish bulletins.

Pope Francis has been clear that he wants us leaders of the church to have the smell of the sheep.  Make your parish smell like the sheep, too, with this delightful full-color day-by-day Advent booklet.  Jean's cartoons will draw people in and then guide them to a simple Scripture quotation and daily reflection.

Peek inside!
Written by Jean Denton

Feeling Sheepish? A Lenten Experience with the Flock