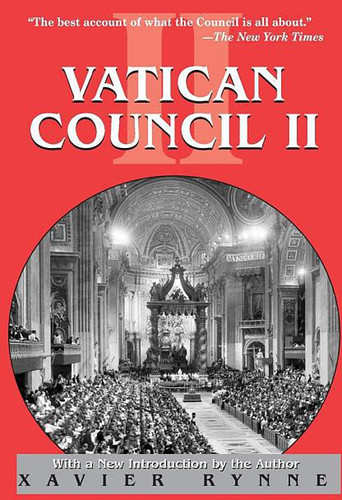 This eyewitness account of the Second Vatican Council, first serialized in The New Yorker, remains the classic work on this historic event. Writing under the pseudonym Xavier Rynne, Redemptorist priest Francis X. Murphy captured the attention of the English-speaking world with his first-ever insider look at a church council in progress. Murphy’s full account was subsequently published in four volumes, covering the whole drama of the Second Vatican Council from its first session in 1962 to its conclusion in 1965.

Capturing the essential issues and personalities that drove this unique assembly, Murphy’s work was particularly astonishing for his frank treatment of the political and theological maneuvering behind the scenes as well as the debates unfolding in the sessions. In this reprint of the one-volume edition, Murphy adds a new introduction, describing the background of the book and his resort to a pseudonym, and offering a fascinating assessment of the legacy of Vatican II.

The mystery is finally revealed: Xavier Rynne is a real person, and his gifts to the entire church will continue to be appreciated, the more so with the passage of time. Let this book never go out of print! Let the church always be seen through the eyes of its observers as well as its participants. With each go-around we will get a little closer to the truth.

A highly informative and entertaining venture in theological journalism ... will stand as the liveliest of the reference books on the Council.

“Xavier Rynne” is the pseudonym of Francis X. Murphy, a Redemptorist priest who taught moral theology at the Academia Alfonsiana in Rome between 1959-1975. Between 1962-1965 he was a peritus, or expert advisor, at the Second Vatican Council. His many books include The Papacy Today, Politics and the Early Church and John XXIII.