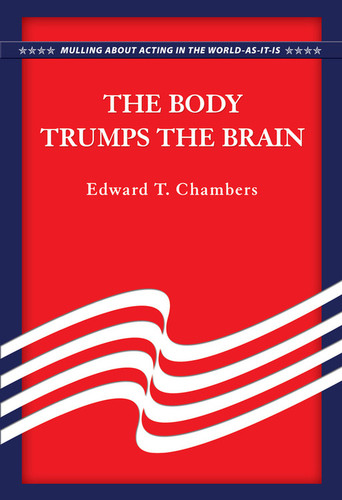 The Body Trumps the Brain: Mulling About Acting in the World As-It-Is

SKU:
UPC:
subtitle:
Mulling About Acting in the World As-It-Is


If you don't know the name Ed Chambers, you should. He has done more to change the face of democracy since...well, certainly since his mentor, Saul Alinsky, and maybe since John and Samuel Adams first organized the American Revolution.

He spent over 50 years with the Industrial Areas Foundation and with his unparelled vision, skill and perseverance largely made the IAF into what it today. Ask anyone in politics or community organizing about Chambers and--love him or hate him-they will tell you that he has influenced, challenged, and agitated them.

The Body Trumps the Brain collects Chambers' "mullings" about the "world-as-it-is" (as he called it long before Barack Obama). Chambers recognized that organizing is a vocation and a career; that all organization is re-organization; and that there is power in personal relationship within organizing.

The Body Trumps the Brain is the first in a series of reflections on what Ed Chambers thinks is important for people trying to do what he calls "public life."

Edward T. Chambers was a member of the Industrial Areas Foundation for fifty years and has served as its Executive Director since 1972. He taught a generation of organizers to value the local congregation both for its own sake and for its pivotal role in public life.

The Catholic Companion to the Angels

The Big Book of Bible Stories to Make