Pope Francis - Life and Revolution A Biography of Jorge Bergoglio 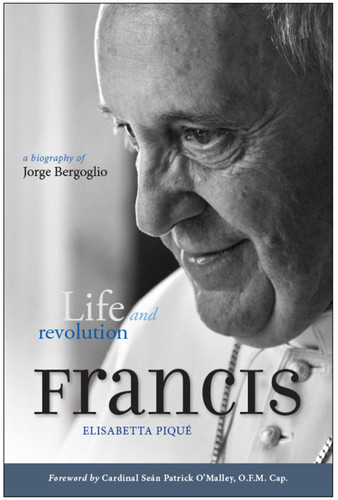 Pope Francis - Life and Revolution: A Biography of Jorge Bergoglio

In Italy, they call him il Papa, which means “The Father.” Until his unprecedented election, author and friend Elisabetta Piqué called him Padre Jorge. He may have changed his name to become Pope Francis, but it did not change their friendship.

Since Jorge Mario Bergoglio became Pope Francis in 2013, countless books have been written to help the world understand this deeply complex yet simple servant of God. What sets Pope Francis: Life and Revolution apart from all other biographies of Pope Francis is the careful research and original investigation behind it, along with the fact that it is written by an internationally respected journalist—Elisabetta Piqué—who has remained close to the Pope since first meeting him back in 2001.

Over 75 individuals were interviewed for Pope Francis: Life and Revolution, including lay people, priests, bishops, and cardinals who have known or worked with Francis at various times in his life. Insights from these people, as well as from friends and family members, allow us to see a profoundly personal side of the Pope. His humility and humanity, courage and conviction, and warmth and wisdom are revealed as Piqué shares little-known episodes from Francis’s life.

With a foreword by Cardinal Seán O’Malley, O.F.M. Cap., Pope Francis: Life and Revolution is the definitive resource and narrative of a man personally known by few and revered and respected by many. Pope Francis: Life and Revolution reveals a man consistent in his beliefs and actions. He is a spiritual leader unwavering in his love for God, whose inner joy and peace move him—and can inspire us—to serve the least, the last, and the lost.

Pope Francis and the Joy of Family Life Daily Reflections

Only Love Can Save Us Letters, Homilies, and Talks of Cardinal Jorge Bergoglio

Pope Francis Family Devotional 365 Reflections to Share With Your Kids

Pope Francis Speaks to the United States and Cuba Speeches, Homilies, and Interviews