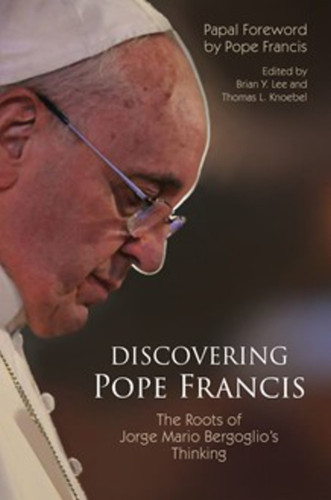 The dangerous tendency to reduce theological positions to political ones has always fueled divisions in the Church, and it plagues debates surrounding Pope Francis's teaching today. This collection of essays was born of a landmark international symposium designed to promote theological understanding by contextualizing the thought of Pope Francis-from his understanding of history to his theology of mission-within important theological conversations rarely heard in the US Catholic Church. Its contributors demonstrate decisively that Pope Francis's magisterium is the fruit of a profound and distinctive, yet deeply Catholic, intellectual engagement with the theological and ecclesial traditions of the Church.

"Discovering Pope Francis offers a much-needed panorama of voices necessary to understand the theological roots of a pontificate—roots that are not only in Latin America but also found in 20th-century French (Gaston Fessard and Henri de Lubac) and German-speaking theology (Hans Urs von Balthasar and Romano Guardini). This book provides an appreciation of this pontificate coming from authors who cannot be labeled as `liberal Catholics." It is a remarkable contribution because it fills a lacuna in the literature on Pope Francis who is still too often framed, especially in the USA, in purely political and ideological terms."

Massimo Faggioli, coeditor, Pope Francis: A Voice for Mercy, Justice, Love, and Care for the Earth

"Reading this book, one understands how Ignatius of Loyola's words are true for Pope Francis: `it is not much knowledge that fills and satisfies the soul but feeling and tasting inward.' Discovering Pope Francis testifies that, as for Dostoevsky, Bergoglio's logic is not rigidly algebraic: it is flexible, elastic, alive. It never loses sight of the human. Many of these pages show how his way of thinking liberates the energy needed for the evangelical logos that balances a deep connection and strong engagement to the theological and ecclesial traditions of the Church, as well as a deep commitment to reality and all its challenges and complexity."

"Pope Francis has said that ours is not an age of change, but a change of age. In this important collection, we see how the Holy Father is drawing creatively from a range of thinkers and movements—European and Latin American—to bring the people of this age to a new encounter with Jesus Christ and the mercy of God. May these fine essays inspire deeper reflection on the Church's evangelical imperative and the urgency of our calling to be missionary disciples in these times."

“This book leaves the reader in little doubt that the theology of Pope Francis is deeply rooted in Catholic theological tradition.”

"This work is certainly an excellent interpretation of the `Theology of the People,' from different people, and for all the people. It is an effective demonstration of a true sign of the times: the catholicity of the theological-pastoral message of Pope Francis. The point of view of each one of the authors is the incarnation of his missionary imprint and a sign of an outgoing Church."

Brian Y. Lee, PhD, is assistant professor of Sacred Scripture at Sacred Heart Seminary and School of Theology in Milwaukee, Wisconsin. He received a PhD in theology from the University of Notre Dame in 2017. Dr. Lee's academic research situates early Christian literature within the creative and competitive dynamics of the formation of early Jewish identities in the Greco-Roman world, in order to better understand the development of early Christian theology. Beyond the walls of academia he seeks new ways of promoting the development of theological understanding in the public discourse of the Church. He has been a member of the Community of Sant'Egidio since 1999.

Fr. Thomas L. Knoebel has been a priest of the archdiocese of Milwaukee since 1969. He earned his doctorate in systematic theology from Fordham University. For the past 30 years, beginning in 1981, Fr. Knoebel has served at Sacred Heart School of Theology in Milwaukee, Wisconsin, as professor of systematic theology; director of spiritual formation, 1988-1994; academic dean, 1994-2005; twice interim rector, 1992-1993, 2007; and most recently as vice rector and vice president for external affairs. After retiring in 2013, he returned as President-Rector in 2017. He published the first English translations of De Ecclesiasticis Officiis by St. Isidore, Archbishop of Seville, in 2008; and of St. Isidore's Sententiae, published this year; both part of Paulist Press's important patristics series Ancient Christian Writers. Fr. Knoebel was appointed to the Editorial Advisory Board for the Ancient Christian Writers series in 2009.

Pope Francis - Life and Revolution A Biography of Jorge Bergoglio

The Way of Spiritual Direction

The Gospel and Epistles of John A Concise Commentary, Revised Fourth Edition

Return to the Lord

The Great Three Days Understanding and Celebrating the Easter Triduum

Beyond the Written Word Exploring Faith through Christian Art

Exposition on the Song of Songs

Alive in the Word Eucharist Bread of Life