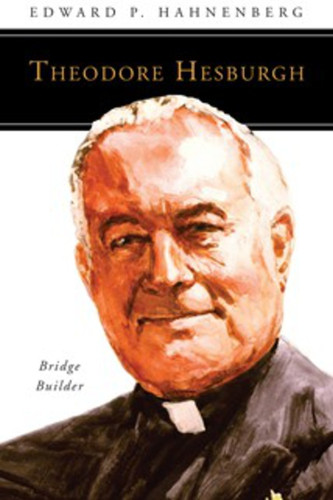 When asked what he wanted written on his tombstone, Fr. Theodore Hesburgh responded with one word: Priest. This giant of a man-a man who advised presidents and counseled popes, who championed civil rights and world peace, who accepted 16 presidential appointments and 150 honorary degrees, who served an unprecedented thirty-five years as president of the University of Notre Dame-could have listed any number of accolades. Instead, he chose his first and most important vocation. Fr. Ted never felt that his calling to be a priest set him apart. Rather, it drew him into relationships with others and out in service to the world. It was a call to serve as mediator, to bridge the divides that separate church and society, conservatives and liberals, the powerful and those on the margins. He spent his life bringing people together.

This new biography is the first to tell the story of the spirituality that shaped one of the twentieth century's most distinguished public servants. It is a story to inspire all those who strive to live out their faith in the midst of a deeply divided world.

Theodore M. Hesburgh, CSC, helped make Notre Dame a great Catholic university and a great American university. He did that life work as a priest and citizen, and he inspired generations of Catholics to keep their faith precisely by doing excellent work. He thought American Catholics finally had a full share of responsibility for their communities. They could make history, and as a priest, educator, member of innumerable public and non-profit commissions and committees, he showed them how to do that with excellence, integrity and grace. Edward Hahnenberg tells Hesburgh’s rich story as a man of the center, mediating differences and seeking common ground and common goods. This book will help us to recover something of Father Ted’s hopeful American and Christian faith in God and one another.

Edward Hahnenberg tells the amazing story of the University of Notre Dame’s legendary president, whose life and times encapsulates some of the most remarkable transformations, which the twentieth century wrought in universities, the Catholic Church, America, and the world. In this telling of Hesburgh’s life, the priestly vocation of a six-year-old boy find expression in Father Ted’s dedication to his ministry as mediator and bridge builder. Grounded in his love of celebrating Mass, he addressed contemporary challenges from civil rights to student protests to nuclear war with an optimism rooted in his faith in Christ and the goodness of humanity. As Hahnenberg rightly notes in his preface, Father Ted reminds us what is possible when leadership invites dialogue rather than division in pursuit of understanding for furthering the common good.

Reading this elegant biography will make those of us who knew Father Ted miss him all the more, and those that never met him wish they had. Hesburgh’s unparalleled ability to build bridges across polarizing divides, so richly described by Hahnenberg, should prompt contemporary Americans both to admire his legacy—and to emulate his approach.

Edward P. Hahnenberg holds the Jack and Mary Jane Breen Chair in Catholic Systematic Theology at John Carroll University. He is the author of Awakening Vocation: A Theology of Christian Call and Theology for Ministry: An Introduction for Lay Ministers, and coeditor of A Church with Open Doors: Catholic Ecclesiology for the Third Millennium published by Liturgical Press. He is a contributor to Give Us This Day. Dr. Hahnenberg is a past consultant to the US Bishops Subcommittee on Lay Ministry and current delegate to the US Lutheran-Catholic Ecumenical Dialogue.