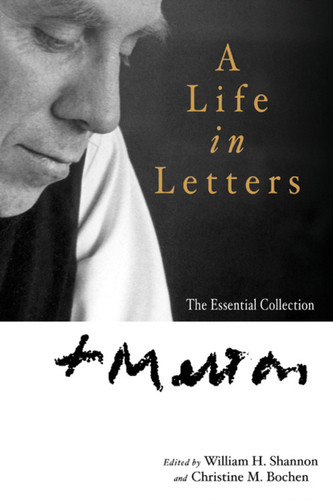 Thomas Merton: A Life in Letters: The Essential Collection

Now available in paperback, this expert distillation of Thomas Merton’s letters offers a glimpse into the mind and heart of this fascinating monk, mystic, poet, and prophet. In Thomas Merton's A Life in Letters: The Essential Collection, one encounters a variety of his friends and acquaintances, including Pope John XXIII, Jackie Kennedy, Dorothy Day, and Thich Nhat Hanh.

Thomas Merton (1915-1968) was one of the most influential spiritual writers of modern times. A Trappist monk, peace and civil rights activist, and widely-praised literary figure, Merton was renowned for his pioneering work in contemplative spirituality, his quest to understand Eastern thought and integrate it with Western spirituality, and his firm belief in Christian activism. His autobiography, The Seven Storey Mountain, is the defining spiritual memoir of its time, selling over one million copies and translating into over fifteen languages.

Merton was also one of the most prolific and provocative letter writers of the twentieth century. His letters (those written both by him and to him), archived at the Thomas Merton Studies Center at Bellarmine University in Louisville, Kentucky, number more than ten thousand. For Merton, letters were not just a vehicle for exchanging information, but his primary means for initiating, maintaining, and deepening relationships. Letter-writing was a personal act of self-revelation and communication. His letters offer a unique lens through which we relive the spiritual and social upheavals of the twentieth century, while offering wisdom that is still relevant for our world today.

Peek inside!
Written by Thomas Merton

Merton’s letters, like all his teachings, prod us to wake up, look to Christ, practice the Advent disciplines of peace, hope, and nonviolence, and do what we can to welcome the coming of Christ and his gift of peace on earth.

A lot of my spiritual seeking began with Thomas Merton. He is an incredible source of light, comfort, and humor.

It’s now apparent that Merton, already celebrated as an autobiographer and Christian contemplative, was also one of the great American letter writers of the century.