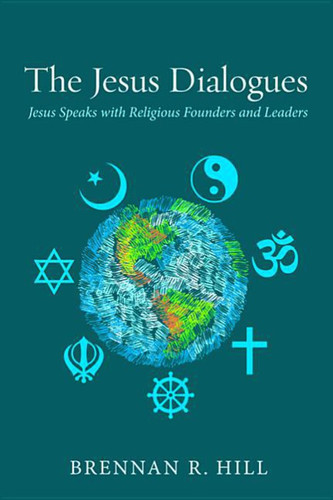 The Jesus Dialogues: Jesus Speaks with Religious Founders and Leaders

The Jesus Dialogues is a unique book. There is no other book that uses this interesting dialogue method to contrast and compare such an extensive number of religions. In each chapter, Jesus sits down with both women and men religious founders and leaders and talks with them on an equal basis about religious perspectives, past and present.

The book is a thorough overview of Christianity, compared and contrasted with eight other religions as well as selected indigenous religions. A final chapter deals with the "why" and "how" of interfaith dialogue, which is so needed in today's diverse and global society. This book reflects the author's six decades of study and teaching in the areas of Christianity and world religions. It is based on sound scholarship, worldwide travel, and experience in interfaith dialogue.

The Jesus Dialogues demonstrates that there is truth and a way to ultimacy in all religions. At the same time, listening in on these conversations reveals significant differences among religions. These dialogues help one realize that Gandhi was right when he said that we must listen to all religions in order to obtain just a glimpse of the divine.

If interreligious dialogue is a conversation that must be marked by deep respect, intellectual humility, honesty in acknowledging both similarities and differences among religions, and openness of mind and heart to truth wherever it is found, Brennan Hill's book is an exemplary and sure guide, as it exhibits these qualities to an uncommon degree. Embodying the fruits of lifelong research and writing, The Jesus Dialogues is an excellent book for undergraduate courses and adult formation seminars on world religions. For deep scholarship, sympathetic understanding, and accessible style, Hill's book is unrivalled.

Hill has come up with an interreligious pedagogy that is totally imaginative but at the same time creatively instructive. In these delightful dialogues between Jesus and the world's wisdom teachers, we are drawn into the conversation and end up learning not only about but from other religions. Hill illustrates beautifully that friendship is the most promising basis for dialogue.

Brennan R. Hill is Professor Emeritus at Xavier University in Cincinnati, OH. Educated in the United States and Europe, he has traveled the world studying and experiencing Christianity and other world religions. He has published over twenty-five books and numerous articles. His two most recent books are Religion Today: An Integral Approach (2013) and World Religions and Contemporary Issues (2013).

Jesus Speaks to Me about Confession

Jesus Speaks To Me About My Baptism

Jesus Speaks To Me About The Mass

Jesus Speaks To Me On My First Holy Communion

Christian Faith and the Environment Ecology and Justice