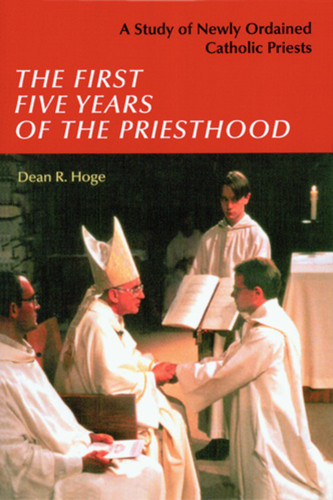 The First Five Years of the Priesthood: A Study of Newly Ordained Catholic Priests

Reports indicate that many newly ordained men are feeling demoralized and some are resigning. The accounts raised many questions. How widespread is the problem? What difficulties are the recently ordained priests facing? Is the problem due to changes in lay attitudes or to changes in the ordained themselves? Is the situation different from what it was ten or twenty years ago?

The First Five Years of the Priesthood is a collaborative work of the National Federation of Priests' Councils and the Life Cycle Institute of The Catholic University of America that considers this phenomenon. It explores the experience of early priesthood and is based on a pilot survey of two groupsrecently ordained priests active in service and those who have resigned.

Dean Hoge and his colleagues have performed a great service for everyone interested in shepherding our shepherds. This study of the first five years of the priesthood will be especially helpful as we begin the implementation of the U.S. Catholic Bishops' Basic Plan for the Ongoing Formation of Priests. While this study points out many areas where serious attention needs to be given to the spiritual, emotional, and professional formation on a continuing basis; it also points out areas of strength in our young priests for which we all have to be very grateful.

The First Five Years of the Priesthood is a scholarly and informative survey of social science research pertaining to issues in this critical period of a priest's life: attitudes of new priests, what promotes satisfaction for newly ordained priests, types of resigned priests, and life experiences of both active and resigned priests. In the midst of the current controversy surrounding priesthood, the book provides an important scientific study of what factors most influence both success and recidivism in the priestly life.

This is an important study and should be read by all those involved in priestly formation, as well as those working with the newly ordained in parishes and other settings. Priesthood never was an easy vocation, but based on what is contained in this volume, it is getting to be more of a challenge than ever before. It will take a cooperative effort of both clergy and laity if it is to survive within the present context of limited numbers and increasing demand.

Dean R. Hoge is a professor in the department of sociology at The Catholic University of America in Washington, D.C. He has done sociological research serving American churches for 31 years and has authored several books and articles on American religion.

The Joy of Priesthood

The Theology of Priesthood

[Creation Care Kids] The Faithful Citizen: How to Teach Children about Faith and Public Policy (eResource)

Study Guide for the US Adult Catholic Catechism