Take and Eat A Catechist Retreat on the Mass 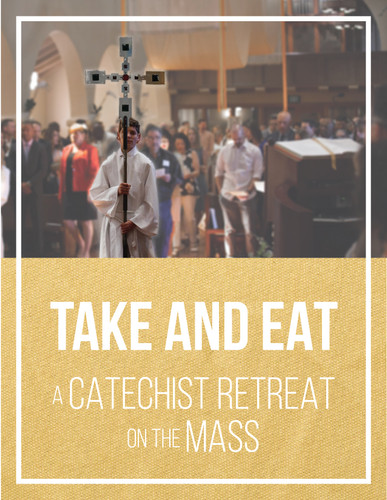 Take and Eat (eResource): A Catechist Retreat on the Mass

Offer this catechist day of prayer to your catechists to prepare for Eucharistic Revival!

This simple yet meaningful retreat experience will help your catechists to learn about the Mass, reflect, and share. Master catechist Kathy Coffey leads you step-by-step through how to best offer this formation experience to your local leaders. This leader kit includes:

To All the World A Retreat for Catechists

A Pastoral Toolkit for Synodality from the Pentecost Vigil Project

Lectionary for Masses with Children