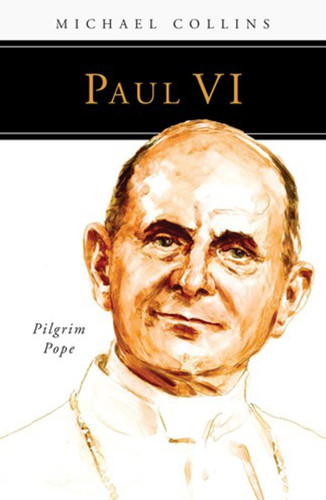 Pope Paul VI (1963-78) was one of the most important and influential pontiffs of the twentieth century. In this engaging biography, Michael Collins examines this deeply spiritual man who is remembered as a reformer, evangelizer, and pilgrim.

Pope Paul's pontificate was marked by an unprecedented series of international journeys, establishing a practice that his successors developed even further. These brought him face-to-face with modern life throughout the globe and the challenge of making the Christian message relevant in a secular world. Paul VI is regarded for his efforts to reduce poverty in the developing world, bolster the church's rejection of artificial birth control, and foster better relations between Catholics and Orthodox and Reformed Christians. He was beatified in 2014 by Pope Francis.

Peek inside!
Written by Michael Collins

Michael Collins is a priest of the Archdiocese of Dublin, where he has served several parishes. He has written or co-authored a number of books, including Benedict XVI: Successor to Peter, John Paul II: The Path to Sainthood, and The Story of Christianity. He is the author of Francis: Bishop of Rome, published by Liturgical Press and now in its second edition.

The Joy of the Gospel / Evangelii Gaudium The Full Apostolic Exhortation

Synergy A Leadership Guide for Church Staff and Volunteers

Thank You for Volunteering

Money & Faith The Search for Enough

Connect How to Double Your Number of Volunteers

The Volunteer Church Mobilizing Your Congregation for Growth and Effectiveness