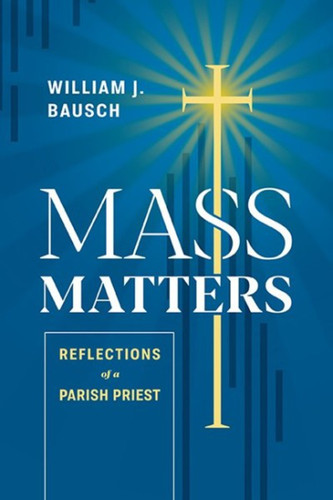 For the next few decades, if not longer, the Church will be trying to recover from the economic and moral costs of the loss of numbers, the critical decline of priests and the global aftermath of the horrendous clergy sexual abuse scandal. The Church will survive but not in the way it previously existed. Those days are over. Clericalism, secrecy, the leadership and credibility of the bishops are all in the gristmill of change.

The current crisis, the greatest since the 16th century Protestant Reformation, is forcing the widening of criteria for priesthood, a deeper appreciation of the baptismal gifts the laity and the reclaiming of the charisms of women. More and more Catholics, determined to reclaim their Church, are rallying for change.This book offers that change at its source: the Mass and its concomitant imperative of the formation of intentional Catholics. It insists on the need to make our communal source of unity and strength, the liturgy, as clean, focused and empowering as possible because the deep truth is that the people kneeling next to you will be your strongest allies in rebuilding a Church so badly in need of reform.

So don’t be put off by this book’s initial lighthearted focus on the criticisms of the Mass, critiques both sober and cranky, serious and funny, challenging and entertaining. Rather try to be mindful of the subtle subtext that slowly sneaks up on you and ultimately invites you to a new mantra to live by, to reform by: don’t leave. Lead.

Sagas, Scholars, & Searchers Why the Bible is the Atheist’s Best Friend