How the Light Gets in And Other Headlong Epiphanies 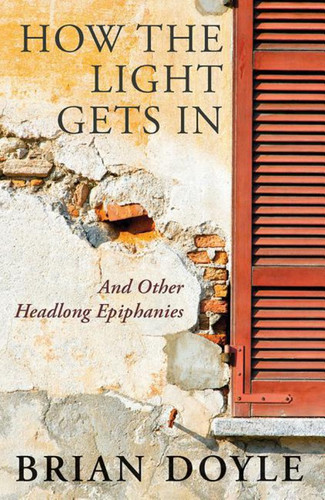 How the Light Gets in: And Other Headlong Epiphanies

SKU:
UPC:
Availability:
Back in stock July 15.
Bulk Pricing:
Buy in bulk and save

subtitle:
And Other Headlong Epiphanies
paperback:
true
min:
$12.80
title:
How the Light Gets in

Sixty prose poems ("proems," by the author's reckoning) on matters theological, spiritual, and mystical. White a bit outside Orbis' traditional spirituality offerings, this book will offer readers a lyrical but commonsense take on the ways grace, prayer, sin, suffering, and redemption play out in our daily lives.

Doyle's "proems" are lyrical creations resemble poetry, but devoid of any meter or typical poetic structure - and yet they are not strictly prose either. These sixty selections will focus on the mundane and the everyday, but with a theological and a spiritual focus/gloss. Some will also be explicitly theological.

Doyle is a prominent Catholic writer and editor, and his reflections in journals ranging from America to Harper's to The New York Times have earned him a significant following in the field of Catholic spiritual writing. In his previous books and articles, he has written spiritual/theological glosses on everything from fatherhood to basketball to religious vocations to his Sunday school classroom.

Pray for Others in Color

Light Upon Light A Literary Guide to Prayer for Advent, Christmas, and Epiphany

Everyday Epiphanies Rediscovering the Sacred in Everything

How to Teach about Mercy For Catechists, Teachers, and Homilists

I Will See You in Heaven Cat Lover's Hardcover Edition

I Will See You in Heaven Hardcover Edition

I Ask You, Be Shepherds Reflections on Pastoral Ministry

Images of God Encountering the Divine through Visionary Prayer