Freedom From and Freedom For 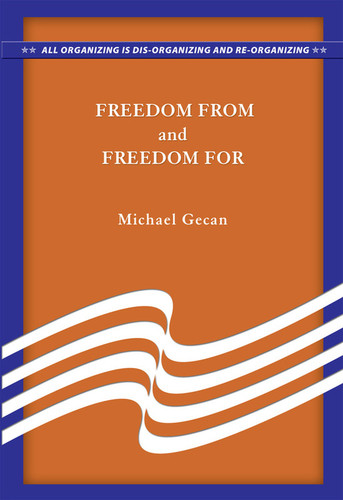 Freedom From and Freedom For

SKU:
UPC:
paperback:
true
title:
Freedom From and Freedom For

According to Mike Gecan, there are two basic freedoms that need to be fought for and preserved if democracy is to continue to function: freedom from and freedom for. But in order to do so, we must learn how to organize. In this thoughtful essay, Gecan uses personal and public stories to illustrate what is at stake and to analyze the deep ideological fissures in American public life. He calls on all Americans to reclaim their democratic grassroots heritage: "What can we do — how can we act — together? Even if people are in different camps and believing in very different values, for the growing number of Americans who are increasingly isolated, disconnected, and un-engaged the very act of contending with one another is a kind of common action. The rich and complex fabric of relationships once woven by local religious and political, labor and business institutions is badly frayed. Reweaving those relationships and reinforcing that fabric, no matter which €~side' of which argument or election campaign someone is on, would be an enormous feat." Trying to bridge the gap between left and right in America, Gecan applauds the deep instinct for what he calls "freedom from" government intervention in our lives and the usurpation of our responsibility for our own lives and communities. He also shows how using our "freedom for" to protect the oppressed and disenfranchised in our society, although a later development in our commonweal, is an equally important value. "I believe," he writes," that the American people are capable of relating to those we don't yet know and often disagree with. We are capable of learning how to tackle fundamental social and economic challenges in new ways. We are capable of acting and producing together again. We are capable of realigning our economy, reigning in both a crippling and self-serving cowboy market and a suffocating and self-serving government bureaucracy, so that it provides long term employment and sustainable prosperity again."

Michael GecanMICHAEL GECAN, a veteran organizer who trained with Saul Alinsky, is an executive member of the Industrial Areas Foundation (IAF). He has worked in both Chicago and New York City and is the author of Going Public: An Organizer's Guide to Citizen Action as well as Effective Organizing for Congregational Renewal.

Reimagining Exodus A Story of Freedom

Freedom in the Spirit An Ignatian Retreat with St. Paul

Animals of the Bible from A to Z

Arts and Crafts from A to Z

Francis and Clare A True Story

From Holidays to Holy Days A Benedictine Walk through Advent

Full of Grace A New Year of Life for Your Baby