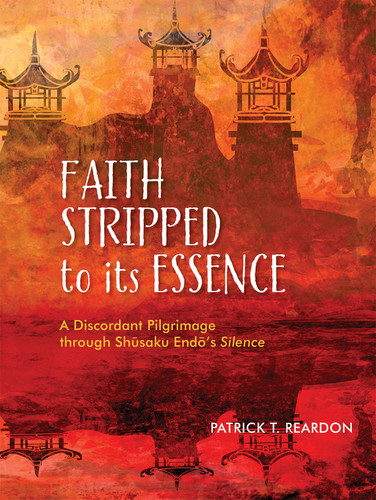 Faith Stripped to Its Essence: A Discordant Pilgrimage through Shusaku Endo's Silence - A Reading Guide

Martin Scorcese’s new film based on Shusaku Endo’s Silence will raise a wide range of faith-related questions. And Patrick T. Reardon’s Faith Stripped to Its Essence is the perfect guide for group reading and discussion. Reardon provides commentary on the novel as well as questions for reflection and discussion. Chapters of the commentary are devoted to each of the main characters and their own experience of faith. Several chapters focus on the central character, the missionary priest Fr. Sebastian Rodrigues. These characters are all believers in one way or another, but are far from unified in their approach to living that faith in the real world.

As Reardon explains in his Introduction:

There is a mystery at the heart of Shusaku Endo’s 1966 novel Silence, and it is this: Father Sebastian Rodrigues, a seventeenth-century Jesuit priest from Portugal, steals into Japan during a time of terror-filled, bloody repressions of Christianity in which hundreds of believers in Jesus are routinely tortured and executed. He lives in hiding, providing the sacraments when and where he can to communities of Christians who, at great peril, have kept their faith alive in secret. As one of the few priests still in Japan, he is a symbol of the church, a beacon and a model for those who come to him for spiritual solace and support. Yet, in the end, he goes against all that he has stood for.

Patrick T. Reardon is a Chicagoan, born and bred. He has been writing about the city, its region, its planning issues and literary scene for more than forty years. For much of that time, he was a reporter at the Chicago Tribune. He has also written extensively about his Catholic faith in articles and essays in a variety of newspapers and magazines. His books include Daily Meditations (with Scripture) for Busy Dads; Catholic and Starting Out: 5 Challenges and 5 Opportunities; and Edith Wharton, Illuminated by the Message. His website is patricktreardon.com, and is also the home of his “Pump Don’t Work” blog.

Falling Upward A Spirituality for the Two Halves of Life