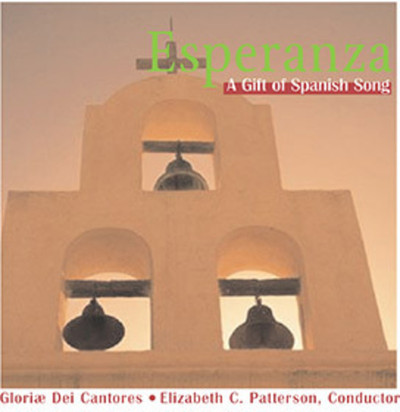 subtitle:
A Gift of Spanish Song

Gloriæ Dei Cantores celebrates the rich contribution of Spanish music and culture to the world. This recording spans 500 years, from the golden age of the Spanish Renaissance, with works by Guerrero, Victoria and Morales to the 20th century, with music by Rodrigo. Also included are works of Mexican composers de Zumaya (a striking setting of the Miserere) and Carlos Chavez, and Latin-American composers such as Villa-Lobos, Casals, and Joaquin Nin. Esperanza will be a revelation to those unfamiliar with the riches of Spanish literature and a great discovery for all devotees of choral music.

The Bells of Christmas (Compact Disc)

Everyone's Way of the Cross (Booklet)

Everything Is Sacred An Introduction to the Sacrament of Baptism