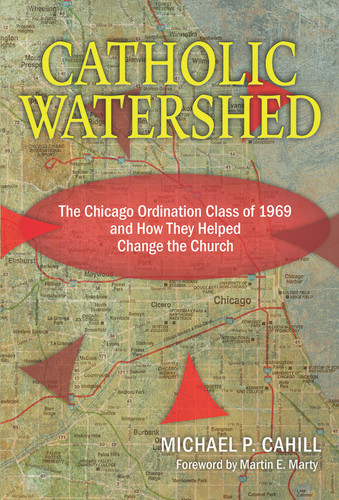 Catholic Watershed: The Chicago Ordination Class of 1969 and How They Helped Change the Church

SKU:
UPC:
subtitle:
The Chicago Ordination Class of 1969 and How They Helped Change the Church
paperback:
true
title:
Catholic Watershed


A truly extraordinary look at how the Catholic Church has changed since the Second Vatican Council through the experience of six priests. In a series of in-depth interviews, these men, ordained for the Archdiocese of Chicago in 1969, opened up with amazing insight and honesty about their seminary training, their assignments, and their triumphs and disappointments, as well as their relationships with their people, their fellow priests, and the three cardinal archbishops under whom they served. In the process, they reveal much about their own spiritual lives, celibacy, and the sexual abuse crisis - topics seldom discussed openly by priests.


"This year marks the 50th anniversary of the close of the Second Vatican Council. For American Catholics who lived through it, everything in the church seemed to change. Last year a conference was held on the “lived history” of the council. Scholars discussed the ways people put into practice the council’s call to renewal. In that spirit, Michael P. Cahill invited six Chicago diocesan priests, ordained in 1969, to talk about their 45 years of priestly ministry. We are in his—and their—debt."


Michael P. Cahill has a Ph.D. in History from the University of Chicago. He has taught Church history part-time at Mundelein Seminary for many years and served as chair of Chicago's Archdiocesan Pastoral Council. A lifelong Catholic, he is married to Cathy O'Connell-Cahill, senior editor of US Catholic magazine. They have two adult children and belong to Our Lady of Mercy Catholic Parish in Chicago.

Timeless A History of the Catholic Church

Catholic & Starting Out 5 Challenges and 5 Opportunities