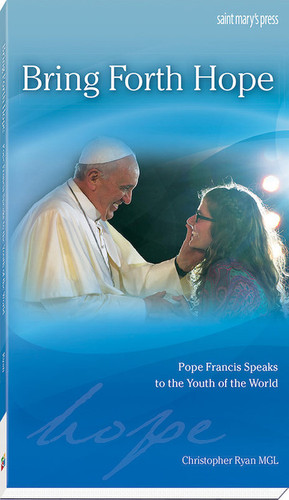 Bring Forth Hope: Pope Francis Speaks to the Youth of the World

Pope Francis, like Pope Saint John Paul II, believes deeply in the power of the youth of the world to bring forth a renewal of the Church and society.

Bring Forth Hope is a collection of 52 weekly reflections, each containing

The Simple Wisdom of Pope Francis Hold on to Hope

Together at Baptism (4th Edition) Understanding, Celebrating, and Living the Sacrament

Beyond Disaffiliation A Process for Hope-Filled Action

"Don’t You Dare Forgive. Unless…" Finding What You Most Deeply Want

Living Memento Mori My Journey through the Stations of the Cross