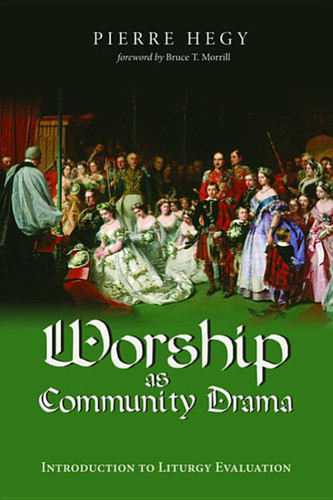 Church weddings, funerals, and most Sunday services reflect the values and dramas of their communities, even when the ministers are the main or sole actors. This point is illustrated by examples ranging from American television masses to the Zairean three-hour services in the Congo. Of greatest interest to readers might be the Sunday services at ordinary parishes, which also range from friendly but uninspiring to innovative and inviting. There are also two exceptionally vital churches analyzed here: an evangelical church in the Pentecostal tradition and a social justice parish in the tradition of Martin Luther King Jr.

Today one can hardly buy an item in a store or on the Internet without being asked for an evaluation, yet church services are seldom evaluated. There can be no improvement without evaluation. This book proposes a method of evaluation in eight steps that must be rigorously scientific and at the same time offer a vision for spiritual growth. The prophet Elijah found God in earthquakes and fire, but most people find mystery through art, music, rhythm, chanting, expressive readings, evocative rituals, and enlightened homilies. Today people expect "mystagogy" rather than routine performances. Mystagogy can be learned and improved through evaluation, to which this book desires to make a major contribution.

Read a review of this book at National Catholic Reporter

While organized Christianity has invested in the community dramas of congregations to maintain its ethic, the churches--especially the Roman Catholic Church--have measured success in terms of convention and conformance instead, and social scientists have conducted studies in terms of attendance and individual orthodoxy. Pierre Hegy measures it in terms of engaged community interaction. His research is sound while extant alternatives are not.

Pierre Hegy has produced a book, based on fine-grained sociological research, that every seminary professor (and others) should read. . . . Hegy provides the actual workings of liturgy in real parishes, in real time, with real people that seminary professors can draw on to illustrate and unpack the practical/pastoral dimensions of their teachings. . . . We would all be wise to read it.

Pierre Hegy brings his wealth of knowledge and wisdom to this insightful sociological analysis of worship styles and settings to challenge readers to reform worship in a way that focuses on the mystagogical. Hegy calls us all in the church to much needed reform.