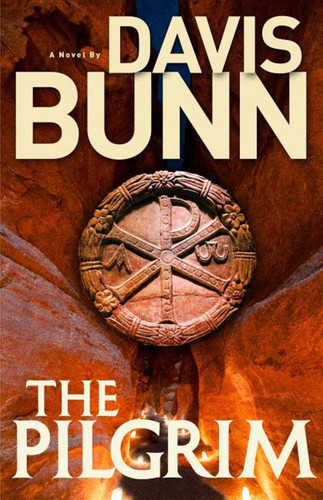 The Pilgrim: A Novel

In his latest historical epic, worldwide bestselling author Davis Bunn takes readers on a journey through an ancient landscape.

Travel with Empress Helena from Caesarea to Judea. Abandoned by her husband, in danger because of her faith, but with an implacable will to do what God calls her to, she takes a perilous pilgrimage. Along the way she meets those who would help her (the wizened and wise bishop Macarius; the rough-edged but kind-hearted sergeant Cratus; the young soldier Anthony, a man who has lost everything, including his faith) and those who would harm her (the menacing and murderous Roman assassin Severus). Miracles seem to follow this humble but determined woman as she wins many over to the faith, and changes lives forever--including her own.

This unforgettable story of the discovery of the True Cross will thrill readers with its adventure, and with its vivid portrait of one of Christian history's most important women.

Davis Bunn, a professional novelist for twenty-four years, has sales in excess of seven million copies in twenty languages. He has appeared on numerous national bestseller lists, and his titles have been Main or Featured Selections with every major U.S. bookclub . Davis serves as Writer-In-Residence at Regent's Park College, Oxford University, and has served as Lecturer in Oxford's new creative writing program. In 2011, his novel Lion of Babylon was named a Best Book of the Year by Library Journal. The sequel, Rare Earth, won Davis his fourth Christy Award for Excellence in Fiction in 2013. In 2014, Davis was granted the Lifetime Achievement award by the Christy board of judges.

The Pocket Gospels and Psalms NRSV

The People Wish to See Jesus Reflections for Those Who Teach

The Psalms A Bible Study in Plain English

The Rebuilt Field Guide Ten Steps for Getting Started