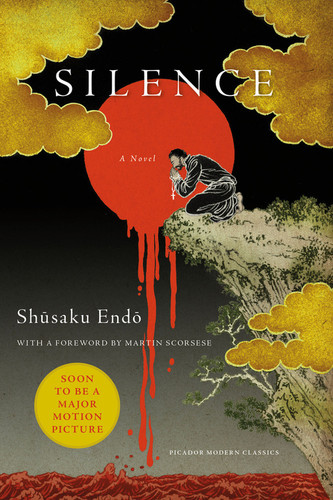 "Silence I regard as a masterpiece, a lucid and elegant drama."-The New York Times Book Review

Seventeenth-century Japan: Two Portuguese Jesuit priests travel to a country hostile to their religion, where feudal lords force the faithful to publicly renounce their beliefs. Eventually captured and forced to watch their Japanese Christian brothers lay down their lives for their faith, the priests bear witness to unimaginable cruelties that test their own beliefs. Shusaku Endois one of the most celebrated and well-known Japanese fiction writers of the twentieth century, and Silence is widely considered to be his great masterpiece.

Shusaku Endo, born in Tokyo in 1923, was raised by his mother and an aunt in Kobe where he converted to Roman Catholicism at the age of eleven. At Tokyo's Keio University he majored in French literature, graduating BA in 1949, before furthering his studies in French Catholic literature at the University of Lyon in France between 1950 and 1953. Before his death in 1996, Endo was the recipient of a number of outstanding Japanese literary awards: the Akutagawa Prize, Mainichi Cultural Prize, Shincho Prize, and the Tanizaki Prize, and was widely considered the greatest Japanese novelist of his time.

One of the finest novels of our time.

The whiskey priest of The Power and the Glory does not defect or lose his faith; he maintains a priestly ministry despite his own unworthiness, which partially qualifies him for serving other weak people. Endo explores a more interesting paradox; his priest does defect, not from weakness but from love, to spare Christian converts the persecution mounted against them.

Gary Wills in The New York Review of Books

One of the most depressing novels I have ever read. But I’ve read it three times.

A remarkable work, a somber, delicate, and startlingly empathetic study.

John Updike in The New Yorker

Questioning may lead to great loneliness, but if it co-exists with faith – true faith, abiding faith – it can end in the most joyful sense of communion. It’s this painful, paradoxical passage – from certainty to doubt to loneliness to communion – that Endo understands so well, and renders so clearly, carefully, and beautifully in Silence.

A disturbing and memorable reading experience.

Donald Brophy in One Hundred Great Catholic Books: From Early Centuries to the Present
×

Simplifying the Soul Lenten Practices to Renew Your Spirit

Small Steps for Catholic Moms Your Daily Call to Think, Pray, and Act

Shrinking the Monster Healing the Wounds of Our Abuse