Shrinking the Monster Healing the Wounds of Our Abuse 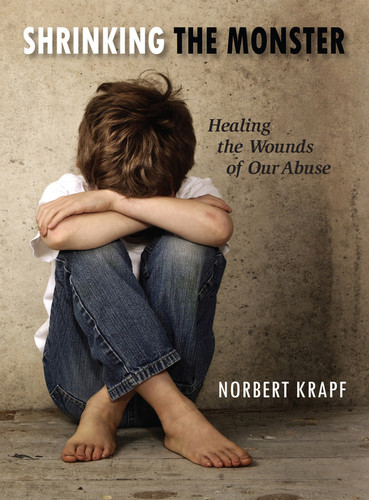 Shrinking the Monster: Healing the Wounds of Our Abuse

With a poet’s eye for imagery and commitment to telling the truth no matter what the personal cost, Norbert Krapf does in this artful memoir what few other survivors of clergy sexual abuse have been or would be able to do: walk outsiders through the evils of his own abuse as a boy and his ongoing efforts to recover from the consequences of that abuse throughout his adult life.

The author documents in great detail why and how he finally (after fifty years of refusing to do so), went public with what had been done to him as a young boy in the 1950s by the pastor of his family’s Catholic parish in Jasper, Indiana, a man who was a supposed friend of his parents. Each step in Krapf’s ongoing recovery is documented in careful prose, with frequent references to his book of poetry on the abuse, Catholic Boy Blues, which he published in 2014 at age 70.

Krapf’s experience may break some of the stereotypes and preconceived notions. In the process of healing, he receives support and understanding from his wife and friends, a parish priest, a woman religious spiritual director, and several bishops, even as he faces continued resistance to his story from others.

Peek inside!
Written by Norbert Krapf
×