Master of Ceremonies A Novel 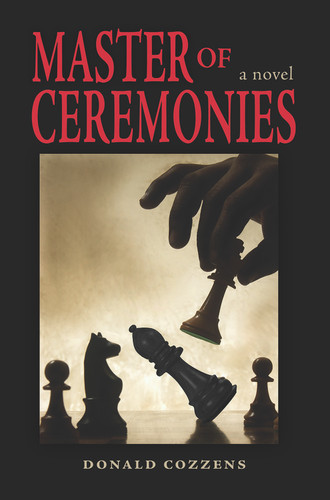 Master of Ceremonies: A Novel

A page-turning tale of Church intrigue

Critically-acclaimed author Donald Cozzens takes us behind the scenes of the Roman Catholic Church for an unflinching look at clergy sexual abuse and its very personal consequences. Cozzens weaves an intricate story of scholars and trained killers, bishops and priests, church ladies and clandestine operatives struggling--each in their own way--to protect the institution they venerate or to blow the lid off the oldest boys' club in the world.

Mark Anderlee, once a victim of sexual abuse, now a battle-hardened Army sniper and veteran of the war on terror, takes a vow one day in the searing desert of northern Iraq to wreak vengeance on his childhood tormentor. Half a world away, Archbishop Wilfred Gunnison prepares for a jubilee celebration of his priesthood--oblivious to the juggernaut creeping his way.

When Gunnison receives a mysterious and potentially lethal threat, he calls on Bishop Bryn Martin, his former Master of Ceremonies--the man whose job it has always been to maintain appearances--to protect him and to keep a quickly unraveling situation from exploding beyond repair.

A secret society with roots deep in the Vatican power structure is roused to action when an American leader of the cabal makes a panicked trip to Rome. That Brotherhood's covert leader, known only as M, dispatches forces of his own to do whatever must be done to keep his operation functioning in obscurity and darkness. Unexpected forces, threats seen and unseen, the character's own hubris and humility all drive this story of sin and silence, intrigue, violence and retribution to its not-so-inevitable conclusion.


Praise for Master of Ceremonies


Most Catholics are sick and tired of news about priests who abused children and bishops who covered up for them. So a good many may not welcome a mystery novel about the same. This, however, is no fictional attempt to rehash decades of old news. Rather, “Master of Ceremonies” is at once informative, entertaining and inspirational. --Mitch Finley, CatholicPhilly.com


As a non-Catholic, I found this to be an engaging and honest look at an issue faced by the entire Christian community. Cozzens develops complex characters that are hard to label. A retired CIA agent who reluctantly breaks the law for a higher cause. A corrupt and scheming priest who misguidedly tries to "protect" the church. Even an archbishop who, even while justifying egregious sin, has a inner voice that knows better. You won't find any simplistic analysis here. You will sense the pain that child abuse has wreaked upon the Christian community and a way out of the duplicity and shame. It's been a while since a book pulled me through one chapter to the next without the least bit of discipline on my part. —D. McClellan


Father Cozzens has combined his candid and compelling concerns about the Catholic church and its institutional shortcoming with his love for the core values of the church in a compelling page turner which is part “who done it”, detective story, and murder mystery. The spirit of Pope Francis percolates throughout the novel. I read it in one sitting and could not put it down. If you read it, I can assure you that you will not forget it. —C. Reitz


The Brotherhood of the Sacred Purple…Vatican intrigue…celibacy—yes or no?…the riches and blemishes of Church history…clerical careerists…sexual abuse…courageous women. Ah, Don Cozzens serves up a rich and tasty stew of events and characters in Master of Ceremonies. The ultimate insider takes us behind the impenetrable curtains of Church life; he knows where the bodies are buried and where to look for the skeletons. —Paul Wilkes, author, In Due Season: A Catholic Life


Fascinating novel by my friend Father Don Cozzens. I finished it at 1 a.m. Made me cheer for the women who hold this Church together. —Regina Brett, Cleveland Plain Dealer


Regardless of your religious persuasion, get ready for a compelling and riveting tale of clerical crimes and cover-ups that stretch to the very Vatican itself. —Amazon.com Reviewer


Donald B. Cozzens is writer in residence at John Carroll University. He is a Catholic priest who has served as vicar for clergy and rector of a seminary among other assignments, Cozzens has been described as "a frank and insightful voice of reason" for his many books and international lectures where he argues persuasively that transparency and candor, not secrecy and silence, are the first steps toward a more humble, healthy, and credible Church.

Peek inside!
Written by Donald B. Cozzens

May I Walk You Home? Courage and Comfort for Caregivers of the Very Ill

Meaning is in the Waiting The Spirit of Advent

Mary's Way The Power of Entrusting Your Child to God

Married Love A Special Way of Being Alive

Meeting Jesus on the Road to Emmaus An Invitation to Friendship, Eucharist and Christian Community