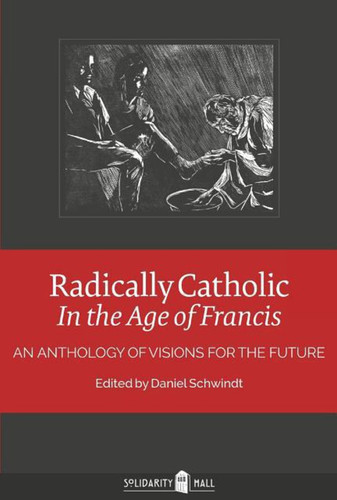 Radically Catholic in the Age of Francis: An Anthology of Visions for the Future

SKU:
UPC:
subtitle:
An Anthology of Visions for the Future
paperback:
true
title:
Radically Catholic in the Age of Francis

Written by Catholics from a striking variety of ages, backgrounds, and perspectives, these essays nevertheless converge to warn us that something is radically wrong with the shape of modern life, and to announce that the way forward is available to the extent that we are ready to undertake the radical step of being led by Christ. Imbued with the refreshing spirit of Pope Francis, this book is a testimony that the Catholic Church, in each and every age, has the capacity to return to the wellsprings of the Gospel.

To be radical is to be rooted, not to be hiving off into deep space in pursuit of some crazy dream unconnected to all that has gone before. That is emphatically what Francis is and, O glory hallelujah, it is what this collection of hope-inspiring essays from a group of deeply committed Catholics is as well. May their tribe increase!

In this fine collection of short essays, Catholic Workers, homeschoolers, environmental activists, scholars, gardeners, bloggers, artists, and business owners offer their reflections on how to live as authentically, radically Catholic as they can, resisting traditional divisions between the Catholic left and the Catholic right. Taking their cue from Pope Francis and the Catholic tradition holistically conceived, they stand before their readers as pilgrims on a journey and invite others to join them.

Solidarity Hall is a group of mostly younger writers with a common goal re-imagining American community.

Engaging a New Generation A Vision for Reaching Catholic Teens

A Call To Serve Pope Francis and the Catholic Future