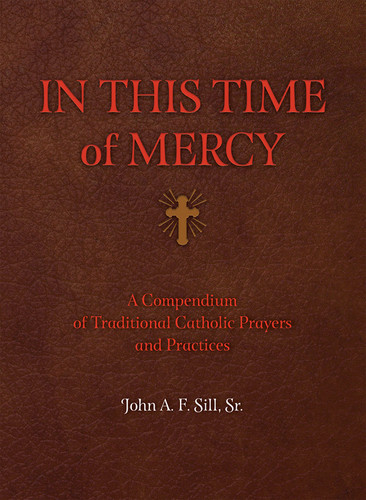 In This Time of Mercy: A Compendium of Traditional Catholic Prayers and Practices

SKU:
UPC:
subtitle:
A Compendium of Traditional Catholic Prayers and Practices
paperback:
true
title:
In This Time of Mercy
pricing:
$6

After a thirteen-year absence from the Catholic Church, John A. F. Sill, Sr., found his way back, experiencing what Saint Maria Faustina Kowalska called “the time of mercy.” As he became reacquainted with his Catholic faith, he collected free prayer resources at Holy Rosary Parish and created his own book of devotions.

Now Sill has shared his collection—and his eagerness to live a holy life. He has included many of the Catholic prayers and devotions that have helped him with his personal prayer life, some of them well-known and others rediscovered by him on his personal spiritual journey. The book is divided into ten major sections, each containing a wealth of prayer resources:

From the Introduction by John F. A. Sill:

Living a Life of Mercy 30 Reflections, Prayers and Practices

In the Image of Christ Essays on Being Catholic and Female

In Thanksgiving for the Eucharist parish communal prayer

In Due Season Reproducible Prayers for Spring, Lent, Easter, and Summer Feastdays

In Due Season Reproducible Prayers for Advent, Christmas, and Winter Feastdays