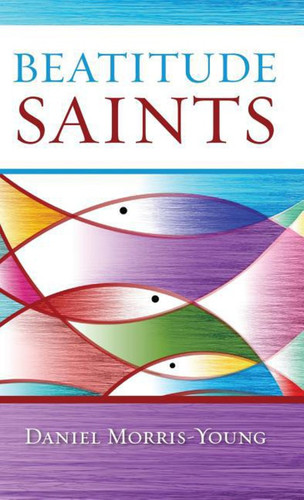 I was in the shower when I realized I needed to write this book--for me. Not you. Not the editors who had offered me the opportunity and the basic idea--pair modern-day "saints" with canonized saints of old. Nor for the money (it was not much, so that was a no-brainer). Not for any dream of establishing myself as a gifted thinker on divine truths. Nope. It was for me. I still clearly recall the moment--more than 30 years ago--because it moved me into action. I had been mired down in pedantic research on the lives and impact of the 16 very holy humans who people this wee volume. I had been approaching the book as a project, a report, a synthesis, a term paper. You know the drill. But then I realized the obvious: this was MY book. I could do with it what I wanted. If the editors did not like it, they could just try to run fast enough to catch me and demand I return the tiny advance.

As a convert, I still had many questions about the Catholic Faith and its practice. (Still do.) Was I joining a Marian cult? Could the pope role out of bed one morning and declare all Catholics must wear orange underwear on Mondays, and we need to comply? Why were we encouraged to dig deep in our pockets for the Church, but some bishops lived opulent lives, even with chauffeurs? How can rote prayer be much more than reciting holy nursery rhymes? Are miracles really for real?

Hmmm? Lots of questions. So, I rolled up a bunch of them and laid them before the men and women in this book. They were very patient with me. Candid. Kind. And they will be with you, too.

In Beatitude Saints, Dan Morris-Young brings the lens of an experienced journalist and a relatively recent convert to examine some fascinating saints with a witty, nuanced and down-to-earth perspective. Instead of a lives-of-the-saints volume, this is a connect-the-dots look at the communion of saints, pairing well-known officially canonized saints with 20th century figures living the same timeless beatitude values and pointing the way to how we can do the same.

Kathy Finley, author of Savoring God: Praying With All Our Senses

Dan-Morris Young presents a wonderful collection of reflections on saints old and new, officially canonized and saints by popular acclaim. How do we live out the Beatitudes? The 16 men and women presented here demonstrate through their lives how to be faithful to the teachings of Jesus. Many saints have asked: what are we to do with our lives? Morris-Young's simple volume gives ample material for reflection.

Saints, officially canonized by the Catholic Church or not, intrigue and fascinate, inspire and educate, and Beatitude Saints is just the ticket if you want a slim volume that will help you become better informed about how saints connect with the gospel; in particular with the Beatitudes of Matthew's Gospel. Readers of the Catholic press regularly benefit from Dan Morris-Young's skilled journalism; now they can also benefit from his deep understanding of genuine holiness and saintly wisdom. Beatitude Saints is a page-turner, big time.

I enjoyed Beatitude Saints in much the same way I did Dan Morris-Young's Catholic News Service humor column, Uncle Dan, for many years. He brings his faith to life exactly by bringing the reader into his own life, and sharing his impressions as a convert to Catholicism. Morris' reflections made me smile some, think much and learn more.

Dan Morris-Young is a veteran of the Catholic Press, having warmed the seats of the editor's chair in Spokane, Oakland, Seattle, Little Rock and San Francisco. He authored a syndicated humor column for Catholic News Service for more than three decades, and has written for The Tablet, Huffington Post, Liberty, St. Anthony Messenger, U.S. Catholic, Our Sunday Visitor, National Catholic Reporter, The National Observer, and Mt. Ranier High School's student paper. Others, too. He even won awards. More germane, perhaps, is that he has also bussed tables at the Pine Shed Restaurant; copy-boyed at The Spokesman-Review; owned and operated a tavern; managed sales at a mobile home dealership; directed an insurance and investment practice; and made much of his family's income under water -- harvesting sea urchins and sea cucumbers in the San Juan Islands and Alaska. Really.

The Beatitudes of Peace Meditations on the Beatitudes, Peacemaking and the Spiritual Life

The Beatitudes for Kids

Be Transformed The Healing Power of the Sacraments

Be Merciful Reflections on the Spiritual & Corporal Works of Mercy

Becoming Catholic Even If You Happen to Be One