Joe Biden and Catholicism in the United States by Massimo Faggioli 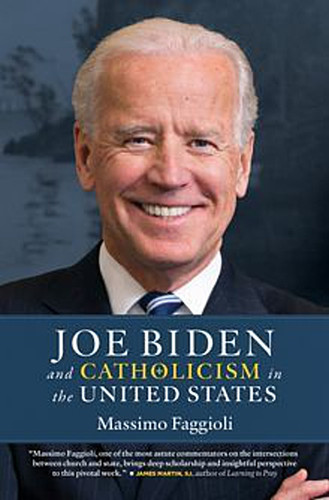 Joe Biden and Catholicism in the United States: by Massimo Faggioli

The “culture wars” have divided Catholicism in a much deeper way than before and have become a way of life. The challenge, both political and ecclesial, in the present moment is to rebuild a sense of unity that treats the sectarian instinct as the epitome of non-Catholic spirit.

A powerful examination of the role of Catholicism in U.S. politics and in the life of Joseph R. Biden

After a dramatic election amid a raging pandemic, racial violence, economic collapse and historic national divisions that have threatened our democracy, Joe Biden succeeds Donald Trump as the 46th President of the United States. For Catholics, this is a momentous occasion in US public life, as he is the second Catholic to be elected to the nation’s highest office, joining John Fitzgerald Kennedy.

In 2021, Joe Biden becomes president in a very different situation than Kennedy's America. Today, Catholics play a much broader and more visible role in the public life of our country, and the triangle of relations between the White House, the Vatican, and the US Catholic Church is an essential dimension for understanding the political and religious urgency of this moment in our history.

In this ground-breaking book, historian and theologian Dr. Massimo Faggioli provides an insightful overview of Catholicism in US politics, and its place as an anchor in the life of the man elected to lead the country at a decisive crossroads, an unprecedented moment in US history.

Peek inside!
Written by Massimo Faggioli

Massimo Faggioli is professor of theology and religious studies at Villanova University. He is a contributing writer for Commonweal and a columnist for La Croix International. His books and essays have been published in more than ten languages.

The Seeker's Catechism The Basics of Catholicism

The Church The Evolution of Catholicism

We Grow In Love A Daily Examen for Kids

By Your Cross and Resurrection Stations of the Cross