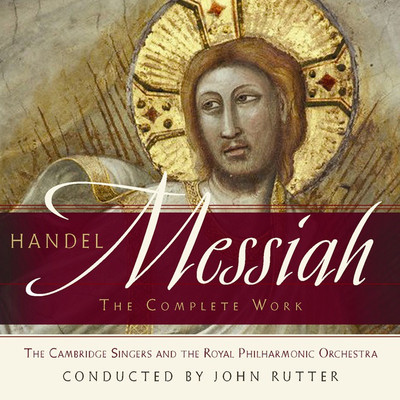 George Frideric Handel's Messiah is by far his most famous creation and among the most popular works in Western choral literature. Now a new recording from world-renowned conductor and composer John Rutter, the Cambridge Singers, and the Royal Philharmonic Orchestra, brings this beloved oratorio to life in a 2-CD set that is sure to thrill anyone who loves music.

Although the work was conceived and first performed for Easter, it has become traditional to perform the Messiah oratorio during Advent — the prepatory period of the Christmas season. The work is also often heard at Eastertide, and selections containing resurrection themes are often included in Easter services.

Music to Soothe the Spirit

Happy Together The Catholic Blueprint for a Loving Marriage

Habits of Resilience Learning to Live Fully in the Midst of Loss: A Grief Workbook

Guide Them Safely Home, Lord A Caregiver's Companion Near the End of Life

Have Faith Leader's Guide Sustaining the Spirit for Confirmation & Beyond

Have Faith Sustaining the Spirit for Confirmation & Beyond

Have Mercy on Us Youth Ministry & Confirmation Event on Mercy

Guide Me Safely Home, Lord Meditations of Hope Near the End of Life