Falling Upward A Spirituality for the Two Halves of Life 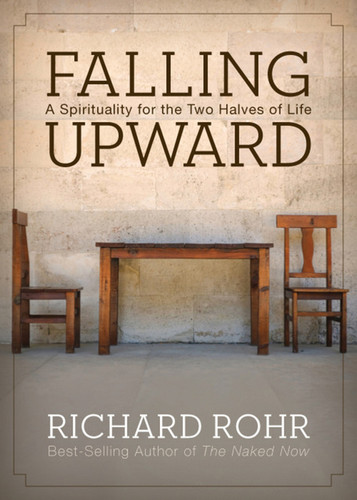 Falling Upward: A Spirituality for the Two Halves of Life

In Falling Upward, Franciscan Father Richard Rohr seeks to help readers understand the tasks of the two halves of life and to show them that those who have fallen, failed, or "gone down" are the only ones who understand "up." Most of us tend to think of the second half of life as largely about getting old, dealing with health issues, and letting go of life, but the whole thesis of this book is exactly the opposite. What looks like falling down can largely be experienced as "falling upward."

Fr. Richard Rohr is a Franciscan priest of the New Mexico Province. He founded the Center for Action and Contemplation in Albuquerque, New Mexico in 1986, where he presently serves as Founding Director. An internally known speaker to many thousands of people a year, Richard's travels have recently taken him to Europe, Australia/New Zealand and South Africa. Teaching on such themes as adult Christian spirituality, men's spirituality, and politics and spirituality, Richard has partnered with such esteemed teachers as Thomas Keating (author of books on centering prayer), Ronald Rolheiser, Joan Chittister, Phyllis Tickle and Jim Wallis.

A Community of Love Spirituality of Family Life

Explain THAT to Me! Searching the Gospels for the Honest Truth about Jesus

Faith Matters series Divorced How do I rebuild my life?